Your Definitive Guide to Paying Taxes as a U.S. Expatriate in Germany 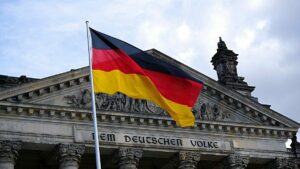 Are you stymied when it comes to paying Taxes in Germany as a US expatriate? Matters of taxation may seem complicated to US expats who are Living in Germany. Not for long though because we intend to simplify them for you.

First, declare all your bank accounts. Know that the declaration of bank accounts is only foreign. And you have to declare all your foreign accounts only when their combined balance reaches 10,000 USD any time during the year. For instance, if you already have 8000 USD and someone makes a deposit of 3000 USD in your account, your account will be reported even if you are left with less than that at the end of the year.

Furthermore, even if the deposit is made in another bank and the balance in none of your individual bank accounts exceed 10, 000 USD but combined, it touches this specified amount, all of your accounts will be reported.

Would you want to pay both the German and US governments tax on your income? We didn’t think you would, which is why you should see if you qualify for foreign tax credit.

Learn more about: 2020 US tax due dates and worldwide, country by country tax deadlines, tax year and extension.

Finally, you can take advantage of the Foreign Housing Exclusion strategy. It allows you to remove certain amounts for your household expenses in Germany before you pay taxes.

Tax Due Date in Germany

In Germany Income Tax becomes due by May 31. The tax year for this country follows the same dates as that for the United States. You can file the taxes for both countries at the same time for your ease. However, don’t forget two things:

Failing to file your returns can incur a penalty up to 10% of the amount you pay in taxes to the German government. The good news is that the penalty cannot be higher than EUR 25,000. However, you tack 1% of the taxes as late fees and 0.5% interest on each month delay.

Learn more about: 2019 US tax due dates and worldwide, country by country tax deadlines, tax year and extension.

Your name enters the social security program the moment you begin earning your Salary in Germany. An exception exists for US expats who aren’t working for a company that isn’t based in Germany.

According to the contract between the two countries, you will pay the:

US expatriates will become Germany residents if they intend to stay for longer than six months. In this case, provided your employer isn’t obligated to withhold your German taxes, you will file a restricted tax return.

To prove your status as a resident, you can also provide proof of residence within the country. In such a situation, your tax returns will be unrestricted.

While Living in Germany as an American, you will remain a tax resident. You can leave the country to change your status, regardless of whether you have German nationality or not.

Germany Tax Rate is higher than the corresponding rates in the US. After the standard and allowable deductions, the remainder of your income is taxed at EUR 9,169 for one person — EUR 18,338 for couples filing jointly. In Germany, the first cap for income exceeding EUR 55,961 comes at 42%. The second threshold is EUR 265,327, at which the tax becomes 45%.

Other Taxes in Germany

While a wealth tax is absent, you may also have to pay the following taxes:

Don’t leave the filing until the last moment because Germany doesn’t just have a high tax rate; it also levies high penalty – with interest – on each monthly delay! Additionally, you will also be filing returns for your home country. We’d recommend contacting us before the deadline comes closer!