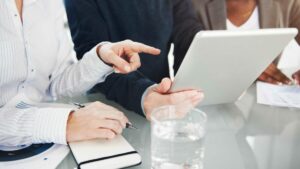 In late 2017, the Tax Cuts and Jobs Act was signed into law, bringing sweeping tax reform including tax breaks to American businesses and individuals at the beginning of 2018. One key change for small to medium-sized businesses, is the new rules for expense and depreciation. Specifically, we’ll explore the changes in section 179 deductions, bonus depreciation, and cost segregation.

Section 179 of the new tax code that allows businesses to claim large purchases as an expense and deduct 100 percent of the value in the same year the item was purchased. This rule applies to leased and financed items also, making it easy to greatly offset the total cost of acquisition for large items. Section 179 permits businesses to fully deduct equipment, vehicles, and certain property construction and remodeling costs among other things, making this especially useful for property investors, retail, and restaurant businesses.

What is Cost Segregation?

Cost segregation is a method of determining which parts of a new construction, purchase, or remodel are eligible to claim as an expense under section 179.

For real property, the tax code requires separation between land improvements and personal property. Before the new code went into effect, new construction and acquisitions was depreciated over a 27.5- or 39-year time frame for residential and commercial property respectively. With the new laws however, companies can now expense some of those costs in the same year through section 179, plus take bonus depreciation over 5,7, or 15 years instead.

As an example, real estate investors generally deduct the cost of a building for up to 39 years, but other improvements qualify for shorter depreciation time frames. Paint or wallpaper, floor covering, lighting and landscaping are examples of portions of the project that qualify for 5, 7, or 15-year depreciation schedules instead.

Getting a full cost segregation analysis will identify these items for your company, and help you experience the full benefit of these tax code changes.

What is Bonus Depreciation?

Who is it For?

These changes to the tax code were designed to create an incentive for small and medium sized businesses to invest in themselves. By purchasing much needed equipment now instead of at some point in the future, businesses can grow more quickly, hire more employees, and effectively create a ripple effect that stimulates the American economy as a whole.

To prevent these incentives from being abused, limitations in the form of spending caps were put into place that ensured section 179 could not be used by large corporations.

How Much Can I Deduct?

Under section 179, businesses are allowed to expense up to $1M of qualified purchases on their 2019 tax returns. Previously the maximum allowed was $520,000. There is a spending cap of $2.5 million on equipment purchases.

Learn why every small business needs a CPA?