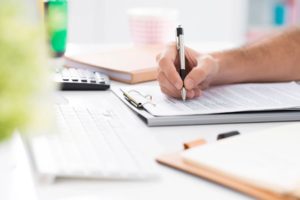 Let’s now look at some of the other specific reforms brought about by the Act for the individual tax payer:

The individual tax payer earning above a certain income baseline is required to calculate his taxes twice. Once using the regular tax system and the again using the AMT (as the name implies), paying the higher amount of the two. While AMT disallows for certain deductions and tax benefits it compensates for it through an appropriate amount that can be exempted.

These deductions are applied to your gross income to give rise to your taxable income when the tax payer is NOT applying for itemized deductions. Under the new Act, while the standard deduction benefits for the blind and elderly remain unchanged, the deductions for single filers, married joint filers and heads of households roughly doubles to $12,000, $24,000 and $18,000 respectively.

These exemptions are basically deductibles that tax payers and dependents can avail to reduce their taxable income. As per the Act, personal exemptions for individuals including dependent family has been repealed. This is effective until 2025.

These are tax credits provided to tax payers with dependents, namely children under the age of 17 at the end of the tax year. The CTC is a nonrefundable tax credit provided for the purpose of tax relief. While only married couples earning less than $110,000 could avail CTC previously, the new reforms expand this to $400,000. The CTC has also doubled from $1000 per child to $2000 out of which $1400 is refundable.

Note: A new addition is a non-refundable $500 credit for non-child dependents.

Previously, tax payers who itemized their returns could deduct their State and Local Taxes (SALT) on property and income or sales tax. This deduction has now been limited to an annual amount of $10,000 until 2025.

While tax payers who itemized their returns could deduct mortgage interests for debts up to $1.1M, the reform restricts the debt limit to $750,000. In addition, the Act also eliminates mortgage deductions on Home Equity Debts. These changes are effective till 2025.

Tax payers itemizing their deductions could previously deduct medical expenses incurred that exceed 10% of their adjusted Gross income (AGI). This percentage threshold has been pulled back to 7.5% of AGI under the new tax cuts Act. This change is valid only till Jan 1st, 2019.

Note: Starting 2019, the mandate covering individuals under the Affordable Care Act (ACA) will be repealed.

Depending on the mode of filing and a specified AGI threshold, limits were previously placed on the itemized deductions that could be availed by the tax payer. These limits have now been removed by the new Act.

Read about the impact of charitable donations on tax liability and how it has changed in 2018.

The new Act also results in the IRS shifting from the use of Traditional Consumer Price Index (CPI) to chained CPI to measure inflation effects on tax brackets and provisions such as deductions and exemptions.

The 40% estate tax would apply for roughly double the previous estate values and they are $11.2M for individuals and $22M for couples.

In the case of divorced/ separated couples, the Act repeals any deductions that can be availed on the alimony and maintenance payments by the paying spouse. It also eliminates the requirement for the payee spouse to include the received payments as a part of their income. This is valid for divorces/separations effected after Dec 31st, 2018.

With the exception of moving expenses incurred for active duty armed force members whose moves were required by the job, deductions on moving expenses have been repealed until 2025.