Branch or Subsidiary for Canadian Corporations Doing Business in U.S. 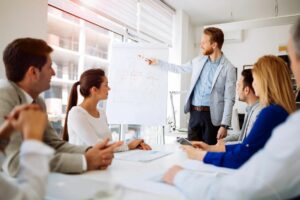 For those Canadian businesses wishing to expand their operations into the United States, there are several challenges they will need to work through during the initial stages. For instance, they will need to know how to structure their U.S. operations from a taxation standpoint. This article discusses these issues and what Canadian businesses need to keep in mind when considering the forming of a U.S. subsidiary, or if they want to operate directly in the U.S. with a branch office. For all intents and purposes, we’ll say that the Canadian corporate parent conducts active business in the US.

If you’re operating a business in the US, it’s only natural that some form of taxation by the IRS will be present. In Canada, corporations are subject to taxation only to the extent of their PE in the States (U.S. Tax Treaty – “The Treaty”).

Some business activities are excluded from the definition of PE according to The Treaty. Examples are set forth below:

In these cases, Canadian corporations should not see U.S. tax on profits.

But real expansion into the State usually requires a substantial presence within the US. If a Canadian business does have an American place of business, or an employee who works regularly in the US, then it’s quite likely they will have a PE. Then they must pay U.S. taxes on profits earned from the branch office. In that case, the corporation would file a U.S. income tax return (Form 1120-F).

All profits earned by such a U.S. branch are taxed by the IRS beginning in 2018 and at a 21% flat rate, and ending in 2017 at graduated tax rates between 15% and 35%. Normally, it’s a straightforward process to determine revenues from the U.S. branch. But complications may arise when calculating business expenses regarding operations, management, and administration. This is notably so because a lot of business services are central to the main office in Canada.

Additionally, the U.S. imposes the branch profits tax, which is on after-tax U.S. earnings of that particular branch. Since the IRS did not collect tax on the dividends paid by the corporation to its shareholders, this is their way of making up for that lost tax revenue.

The Treaty does offer some relief because it reduces the tax rate from its statutory 30% rate down to 5% for Canadian corporations. Also, The Treaty does exempt the initial $500,000 CAD earned by the branch (however, this is a cumulative exemption, not annual).

By starting out in branch form, a Canadian corporation can use startup losses to offset Canadian source earnings of the corporation. But it may be an issue in transferring the assets of the U.S. branch to the U.S. subsidiary at a later day without realizing a Canadian disposition.

A Canadian corporation could alternatively form a separate U.S. subsidiary and in some instances, this could be a better idea for expansion purposes.

According to The Treaty, ownership of a U.S. subsidiary is excluded from being defined as a PE. This means that a Canadian parent corporation won’t be compelled to file U.S. tax returns. Some companies, who prefer to limit their interactions with the IRS, view this as a major benefit.

Of course, income that is U.S. sourced is always taxable. But there are some opportunities to deduct against that income, including debt servicing costs and management fees paid to the parent corporation.

Any dividends that are paid to the parent corporation are still subject to the 5% withholding tax on repatriation. However, management exerts control surrounding the timing of that expense by deciding when and if to declare such dividends.

Canadian parent corporations benefit from creditor protection regarding liabilities incurred by the U.S. subsidiary. This is due to its status as a shareholder in the U.S. operation and is important to Canadian business owners. This particular distinction in legal personality means that losses do not flow through, thus offsetting earnings of the parent company.

Canadian companies who are seeking opportunities for additional business in the U.S. have the choice of opening up a U.S. branch of operations or forming a U.S. subsidiary corporation. To make the choice most appropriate and beneficial a particular company, it’s important to carefully consider all alternatives as well as company objectives.

Readers are cautioned that information in this article is for general purposes only and does not purport to provide specific advice. Individuals should consult with a tax professional. The author bears no responsibility for the use or dissemination of this information.