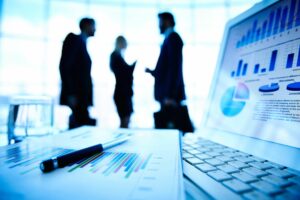 Any Canadian corporation that is carrying on business in the United States has an obligation to file federal taxes. These obligations can emerge when business is conducted through a US-based permanent establishment (PE) or having income effectively connected with U.S. trade or business. Some taxpayers may not have this federal tax filing obligation. But it doesn’t mean they won’t be obligated to file with the corresponding state.

With foreign corporations conducting business on U.S. soil with no PE, they are required to file a Form 1120-F, U.S. Income Tax Return of a Foreign Corporation. This is how they would report any income effectively connected with that U.S. trade or business. With some limitations, taxpayers who rely on the U.S. Treaty as overruling or modifying in any way the IRC must disclose their position. Form 8833, Treaty-Based Return Position Disclosure is the correct filing vehicle for this and it’s also usually filed along with the 1120-F.

Are you doing business as a branch or subsidiary in U.S.? Learn more about it here: Branch or Subsidiary for Canadian Corporations.

Whenever there’s a Canadian corporation who has claimed no permanent establishment according to the Treaty, that business need only complete the information section located on Form 1120-F. In most instances, this kind of filing is known as a Treaty-based return (aka ‘short form’). If a Canadian corporation does have a permanent establishment, it’s required to file Form 1120-F in full, making sure to include the information sections plU.S. financial statement details and additional data (aka ‘long form).

Both the Form 1120-F and Form 8833 require a U.S. Tax Identification Number (TIN) in order for the IRS to process their tax filings. Usually, the tax ID number for corporations is the Employer Identification Number (EIN). Canadian corporations must file the Form SS-4 to obtain their EIN. They may do this by applying online to the IRS, or alternatively via fax, mail or phone (1-267-941-1099). If using the phone option, often the IRS is able to provide (if approved) the EIN over the phone and it can be used immediately with a hard copy of the documentation to be mailed subsequently.

For U.S. clients of Canadian corporations, they are required to ascertain their status as the U.S. or foreign person. This helps the IRS determine what withholding tax will be required from payments owed to them. In determining this status, U.S. clients can request the corresponding Canadian business to complete one of the following forms:

Determining which form depends on the situation. Sometimes, a Form W-9 is already provided, however, W-9’s should only be completed by U.S. residents.

U.S. trade or business income is not usually subject to withholding tax. But a 30% withholding tax may be deducted from your gross income by the IRS if you ignore a request sent by your U.S. client to complete a W-8 series.

Once withholding is remitted to the IRS, then a U.S. tax return must be filed for obtaining any refund for excess in withholding. The W-8 series forms do not get filed with the IRS. Instead, they are filed by your U.S. client. If there’s ever an IRS audit, they will have the forms.

Usually, the U.S. TIN is required for the completion of these forms. U.S. clients, in essence, act as the ‘withholding agent’ on behalf of the IRS. As such, they can be liable for withholding in the case of failure to determine status.

When a Canadian corporation does have an office or POB within the US, they generally must file Form 1120-F (and Form 8833 when applicable) by the 15th day of the 6th month after the end of the tax year. Form 7704 should be filled with the same time requirements in order to request the 6-month extension for filing.

For any taxes that are paid past the deadline, interest is charged. This is the case even if a filing extension has been granted. Additionally, interest may also be charged on penalties imposed for any of the following:

When corporations do not pay taxes on time, they are generally penalized by 1/12th of 1% of the unpaid tax for each month (or part of the month) that the tax is unpaid. The penalty goes up to a maximum of 25% of the unpaid tax.

If a Canadian corporation doesn’t file their tax return on time (with extensions included), they may be subjected to a 5% penalty of the unpaid tax for each month or part of a month the return is late. This can go as high as 25% of the unpaid taxes. If a return is late by over 60 days, the minimum penalty is the lesser of the tax due or $135. Corporations will not face this penalty if it can demonstrate that their failure for timely filing had a reasonable cause behind it.

Each state may impose any reasonable form of tax on Canadian corporations operating within a particular state, as long as the following criteria are met:

A nexus is basically the minimum threshold of activity at which a particular state is granted the right to impose taxes. Some physical presence is generally required within that state. But thresholds are lower than when assessing if there’s a permanent establishment or not.

Additionally, a Canadian corporation could still be subjected to state taxes if they have no permanent establishment in the US. This is because the Canada-U.S. Tax Treaty covers the federal level of taxation but this does not necessarily carry over to the states. Generally, any Canadian corporation doing business in a U.S. state has to register in that state in which it does business.

Readers are cautioned that information in this article is for general purposes only and does not purport to provide specific advice. Individuals should consult with a tax professional. The author bears no responsibility for the use or dissemination of this information.