How to Treat RESP and RRSP Canada Distributions on U.S. Income Tax Returns 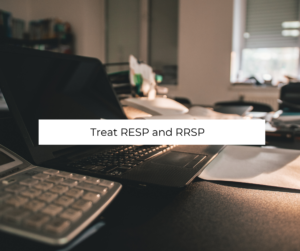 RESP and RRSP Canadian distribution and income reporting on U.S. income tax return is complicated. Here’s what you need to know about them.

In this article you will learn:

Learn now so you won’t have to pay a hefty penalty later on!

Before looking up How to Retire in Canada or in the U.S., know what an RRSP, or Registered Retirement Savings Plan, can do for you.

An RRSP is a Canadian retirement savings and investment plan that can serve both employees and the self-employed. Recognized by the Canadian government, the Canada Revenue Agency (CRA) oversees RRSPs.

Key Benefit: RRSP investment growth is sheltered from taxes in Canada, and its contributors can deduct contributions against their income.

Getting Technical: RRSP and Cross-Border Taxes

The IRS’s procedure 2014-55 did two things in 2014. Its introduction made form 8891 obsolete which is advantageous for U.S. citizens with interest in Canadian retirement plans and secondly, made the relief retroactive.

How to Report RRSP Distribution on U.S. 1040 Income Tax Return

For Canadian citizens who are U.S. residents (but not U.S. Citizens), the amount of contribution including interest, dividends and any realized capital gains up to the day a person becomes a U.S. tax resident is considered principal (cost basis) for U.S. tax reporting purposes. The cost basis does not include any unrealized capital gain.

For a U.S. citizen who is also a tax resident of Canada, your principal contribution to the RRSP will be your cost basis. Further, if the contributions were deducted on your U.S. Form 1040 income tax return, then your deduction does not increase cost basis.

Cost Basis Defined: Cost Basis is what the U.S. considers the original cost of property or an asset, adjusted for depreciation.

Form Filing for RRSP Distribution on a U.S. Tax Return:

Through an RESP, or Registered Education Savings Plan, a parent makes contributions to their children’s education. Additionally, the Canadian government will pitch in 20% every year when a parent adds the first $2,500. The limit for the government is $500 per child in a year. In Canada, RESP contributions are non-deductible for expats. Moreover, they grow tax-free until withdrawn.

Form Filing for RESP on a U.S. Tax Return:

After the revoking of RESP’s foreign grantor-type trust status, a holder of RESP is no long required to file forms 3520 or 3520-A. Here are the Revenue Procedure (Rec. Proc.) 2020-17 with more information. However, you will need to file additional forms depending on your situation. See below.

How to Report RESP Income on U.S. 1040 Income Tax Return

Income earned annually like interest and dividends combined with contributions made by the Canadian government in RESP is reported and taxed on the U.S. 1040 income tax return. That’s because neither are there any provisions within the U.S. Internal Revenue Code that exempt the income you may earn via RESP from current U.S. taxation. Nor do the Canada-United States Tax Convention (1980) provisions result in the exemption of that income. This is also true for various accounts, such as TFSA.

Additionally, when you, the contributor, invest the funds in the RESP in mutual funds, you must report the income from it. Treat it like you’d treat any earnings from a PFIC (Passive Foreign Investment Company). Thus, you’ll need to file form 8621 for this purpose, behaving like you own this PFIC directly.

Think of a RESP as a foreign financial account. That means you must report the said account on your FBAR too. After all, you do have a direct financial interest in the plan, don’t you? In the event that you do fail to disclose this account, you could end up paying severe penalties. Therefore, note down all questions you may have on the topic of RESP and RRSP Canada. Then contact us before the IRS contacts you!