New Rules For Writing Off Business Equipment and Vehicles 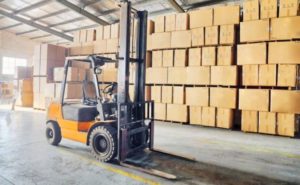 The Tax Cuts and Jobs Act of 2017 made various changes that prove to be favorable while deducting business equipment and vehicles. Section 179 and Bonus Depreciation is helping business and economy grow through investments. Read about the impact on small and pass-through business. While designing a strategy for your business budget for the year 2018, you should keep all these changes in mind. So let’s take a look at what these changes actually are.

Now you have the option to deduct various costs related to equipment and property rather than depreciating it over the recovery period. In case of properties placed in service from January 1, 2018, you can deduct the maximum expenditure of $1 million instead of $500,000 that was before these changes were made. This dollar limit eliminates the dollar-for-dollar when your total purchases exceed $2.5 million for the entire year. That being said, as the total purchases exceed $3.5 million, you can no longer make any further expenses.

Now you might be wondering which properties can now be deducted or expensed? These properties include any tangible personal property, like furniture and appliances, that are mainly for the purpose of furnish lodging, modifications to nonresidential real properties such as ventilation, fire-protection, air-conditioning, alarm and security systems, heating, etc., and qualified improvement property. Read about new depreciation rates.

You can write off the cost of qualified improvement property over a period of 15 years. In case of property placed in service after 31 December 2017, the recovery period has been reduced from 7 years to 5 years for certain farm machinery and equipment.

So, get in touch with your CPA today or take an advice from a tax expert, and plan your business expenditure for 2018 as per the new rules and regulations.  If you are schedule C filer then learn about incorporating or not?  Interested in learning about impacts of new laws then read about how the new law is affecting individuals.

PrevPreviousShould You Incorporate or Not Under New Tax Law?
NextCPA: Every small business’s requirementNext