COVID-19 UPDATE: The federal government has announced SBA Disaster Relief Loans for small businesses facing economic hardship due to coronavirus. We can help you find out if you qualify, prepare financial paperwork, and apply for loans. More information: https://akifcpa.com/sba-disaster-loans-coronavirus-covid-19/

Tax Issues For Canadians Moving To The U.S. 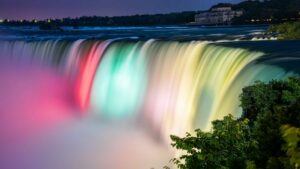 There are tax issues for Canadians moving to the U.S., but still, there may be plenty of factors that can make the decision to relocate. After all, many Canadians who move south find that they benefit from higher salaries and lower taxes in the states.

But where they are different countries, there are different tax systems. Canada’s tax system is based on residency, whereas the U.S. bases theirs on citizenship. It’s like comparing apples and oranges; they’re both fruit, but not nearly the same. To further complicate things, Canadian residency is tricky to define. Rather than being based on where you live, it depends on common-law principles and residential ties that an individual maintains in Canada. According to Canadian Tax Courts, an individual is a resident in Canada for tax purposes “if Canada is the place where he, in his settled routine of his life regularly, normally or customarily lives.” On top of this, there’s also an official government list of things to determine Canadian residency.

It’s important to know which rules apply to you, as well as when. For this reason and more, when considering a move from Canada to the U.S., it’s important to get the tax facts to know exactly what you’re getting into. Here are the top Canadian moving to the U.S. tax implications to consider before you go:

Beware: The departure tax, in other words deemed disposition.

Say you officially become a non-resident of Canada sometime in mid-August. You’ve satisfied the requirements for non-residency, said goodbye to your personal or rental properties in Canada. Your family and dependents are joining you. It’s a done deal. But hold on! Here comes one of the biggest Canadian moving to the U.S. tax implications. Because you were still a Canadian resident from January to mid-August, Canada will expect you to pay taxes on your worldwide income up until the termination date under the Canadian Income Tax Act. This is the Canadian departure tax, or part-year tax return. Get the ins and outs of departure tax.

Get more undertsanding of departure tax and residency determination.

As long as you’re still considered a resident of Canada, you will be taxed on your worldwide income each calendar year. That means all United States source personal income would be subject to Canadian tax. On the other hand, non-residents are subject to different tax rules, and are only taxed on certain types of Canadian income. An individual becomes a non-resident when they sever most or all of their primary residential ties within the country. What about U.S. taxes for Canadian residents who are looking to become non-residents? Stick with us…we’re getting there!

Non-residents who stay in Canada for 183 days or more within a calendar year are automatically considered Canadian residents for income tax purposes. And even non-residents are still subject to a withholding tax in certain cases, according to the CRA. The most common types of income that could be subject to non-resident withholding tax include things like interest; dividends; retirement allowances; annuity payments; royalty payments, and more.

Foreign tax credits can be your best friend.

The U.S. has tax treaties with 60+ countries worldwide, and luckily for anyone considering a move, that includes Canada. There’s a little thing called the United States-Canada Income Tax Treaty created back in 1980. The tax treaty between U.S. and Canada exists to prevent double taxation for income earned by Canadians. This is especially helpful for Canadians working on severing their ties to Canada in order to avoid double taxation during the process. Without the Canada U.S. tax treaty, Canadians would pay the IRS U.S. tax on U.S. income, and also pay again to the Canada Revenue Agency (CRA). Under the treaty, taxes that were deducted from your income can then be claimed those taxes as if you paid them to the CRA. The treaty also helps Candians prevent certain tax withholdings from their income through a form that maintains that U.S.-earned income will be declared on a Canadian tax return.

Knowing what’s what and working with a tax professional can alleviate the Canadian moving to the U.S. tax implications, and make your transition a smooth one. Happy trails!

The content of this article is intended to provide a general guide to the subject matter. Specialist advice should be sought about your specific circumstances.  Akif CPA will not be held liable for any problems that arise from the usage of the information provided on this page.