Your Definitive Guide to Paying Taxes as a U.S. Expatriate in Netherlands 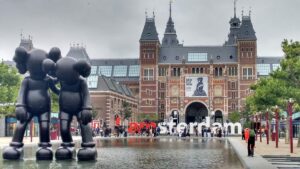 As an American Paying Taxes In Netherlands, you might be worried about missing the tax due date in one country or the other at times. As a US Expat, another thing that may occur to you is whether you are caught in an endless web of double taxation or not. We’ll put those tax doubts of yours to rest today.

Believe it that both countries, i.e., the US and Netherlands, have provisions in place to prevent this. To ensure that you must first complete all the requirements, start by declaring all your foreign bank accounts.

Next, go read this guide on Foreign Earned Income Exclusion. Qualifying for it can save you from paying taxes in 2019 on $105,900 of what you earn in the Netherlands!

Or, save by not paying both governments taxes on your income by getting foreign tax credit from your own! You may need to do some reading to check which one works best for you!

Finally, in the Netherlands, working for a Dutch employer for 8 years will make 30% of your income tax free. The Dutch government takes this step, so American expats can cover the extra costs associated with living in their country.

Tax Due Date in the Netherlands

US Tax Return Netherlands become due to the Dutch Finance Ministry by April 1st. You will be paying taxes within two months after you receive your final assessment. However, don’t forget that you can get a year-long-extension by registering with a tax agent.

Residency in the Netherlands

Income Tax Rates in the Netherlands

A box-based system divides the income tax rates for different types of income like this:

An advantage of living in the Netherlands is that you don’t have to pay taxes on the state or county levels.

Other Taxes in the Netherlands

Any salary that you earn in the land of the Dutch as a US expatriate will be taxed. But so, will other forms of income, including non-cash services or compensatory measures. That means you will pay tax for any housing allowances or company cars you receive.

Moreover, US citizens will have to pay taxes on assets transferred at death, provided the deceased was a resident of the Netherlands. The amount will depend on your relationship and the rate is progressive.

There is also an additional 21% VAT (value-added tax) that applies on most things, except for food, books, etc.

It is evident that with so many forms of taxation that require the attention of foreign nationals, such as yourself, things can become confusing. Don’t let taxation suck the joy out of working and residing in the Netherlands for you. Allow us to guide you and simplify taxes by contacting us right away!

Learn How To Make Estimated Tax Payment
Comparison of 2021 Tax Brackets Vs 2020 Tax Brackets
Should You Incorporate or Not Under New Tax Law?
PrevPreviousYour Definitive Guide to Paying Taxes as a U.S. Expatriate in Germany
NextWhen Should Your Small Business Hire More Employees?Next