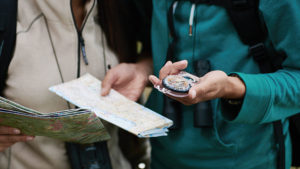 The Canada U.S. Income Tax Convention (Treaty) currently in force was first established in 1980, and since that time there have been five major alterations, or “protocols” adopted at various times. The latest, Fifth Protocol, contains some major changes, which could change the way in which tax law is interpreted in Canada and the United States, and could be used to modify the way in which tax planning is carried out.

Here are the highlights of the changes, effective as of January 1, 2010:

Elimination of withholding tax on interest payments. The former 10% withholding tax rate applied to payments of interest between unrelated parties has been eliminated. Interest not related to a “permanent establishment” in the other state will be taxable only in the country of residence. This facilitates cross border investment transactions.

“Mandatory” arbitration of provisions. Currently in matters where there is a possibility of double taxation, each country may voluntarily participate in arbitration, which may resolve the issue. Under the new rules, each country must go to arbitration if an agreement cannot be reached (although a taxpayer may elect to invoke this procedure). This article should increase confidence that double taxation can be eliminated.

“Departure Tax” capital gains – double taxation eliminated. Under current rules, a person departing from Canada was (and continues to be) required to declare capital gains and losses arising from “deemed dispositions” on departure from Canada, based on the fair market value of capital properties held on the date of departure. Under the new rules, the taxpayer can elect to have realized his gain before becoming a resident of the U.S. and therefore the U.S. would only tax capital gains on changes in value from the date of entry onward. (Certain U.S. citizens returning to the U.S., however, may be taxable on capital gains based on their world income.)

Changes in the treatment of “Limited Liability Companies” and other hybrid entities. Currently certain entities which are disregarded for income tax purposes in the United States, or which are considered “flow through” entities are considered corporations in Canada. This gives rise to many tax problems related to the recognition of foreign tax credits (especially since the hybrid entity is not considered taxable in the U.S.) Under the new rules, income, which is treated as being earned by a member or shareholder of such an entity, who is a resident of the U.S., will be deemed to be earned by the recipient in Canada. The intent of the Fifth Protocol is to provide relief for U.S. LLC’s making investments in Canada. NOTE:  However, a Canadian resident member of a U.S. LLC who receives a distribution is considered to have received a dividend, and can take a foreign tax credit under subsection 126(1) (15%) and deduct excess tax under subsection 20(11).  If the LLC does not make a distribution of income in the year it is earned, any U.S. tax can only be deducted under subsection 20(12) and no foreign tax credit would be available. (A corollary rule to take effect in two years provides that if income is NOT to be recognized by the individual member in the country of origin, it will NOT be taxable in the country of residence.) This will also coordinate with the interest withholding rules noted above. If a U.S. LLC earns interest income in Canada, the new rules will presume that the U.S. residents earned the income, and will thus eliminate withholding taxes on the income in Canada.